Phys.org  February 8, 2021
Integration of TMDCs into practical all‐dielectric heterostructures hinges on the ability to passivate and protect them against necessary fabrication steps on large scales. An international team of researchers (Australia, Germany) has created the protective layer by exposing a droplet of liquid gallium to air, which immediately formed a perfectly even three nanometers thick layer of gallium oxide on its surface. By squashing the droplet on top of the 2D material with a glass slide, the gallium oxide layer can be transferred from the liquid gallium onto the material’s entire surface, up to centimetres in scale. Because this ultrathin gallium oxide is an insulating amorphous glass, it conserves the optoelectronic properties of the underlying 2D semiconductor, enhances these properties at cryogenic temperatures and protects well against other materials deposited on top. This allows the fabrication of sophisticated, layered nanoscale electronic and optical devices, such as light emitting diodes, lasers, and transistors…read more. TECHNICAL ARTICLE 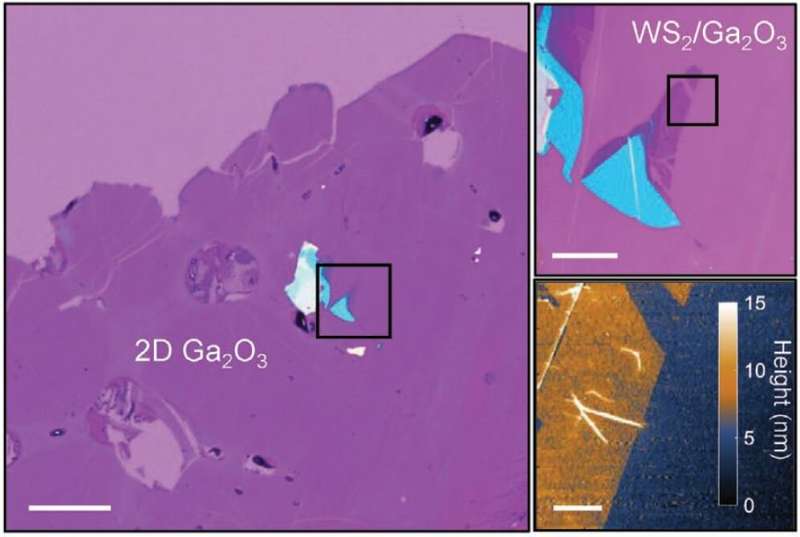