EurekAlert  February 4, 2021
Special magnetic nano-patterns in anti-ferromagnets that are shaped as whirls or vortices would be quite useful, as they are very stable structures and can potentially be moved along magnetic ‘race tracks’ at speeds of a few kilometres per second. To realize anti-ferromagnetic whirls an international team of researchers (Singapore, UK, USA – University of Wisconsin) combined high-quality film synthesis from materials engineering, phase transitions from physics and topology from mathematics. To grow these materials they fired a laser at iron-oxide. By using ultra-short pulses of laser, they created a hot vapour of atomic particles that formed a thin film of iron-oxide on a surface. The deposition process allows precise atom-level control during the growth ensuring high-quality materials. Driven by current-based spin torques from the heavy-metal overlayer, some of these antiferromagnetic textures could emerge as prime candidates for low-energy antiferromagnetic spintronics at room temperature…read more. TECHNIAL ARTICLE 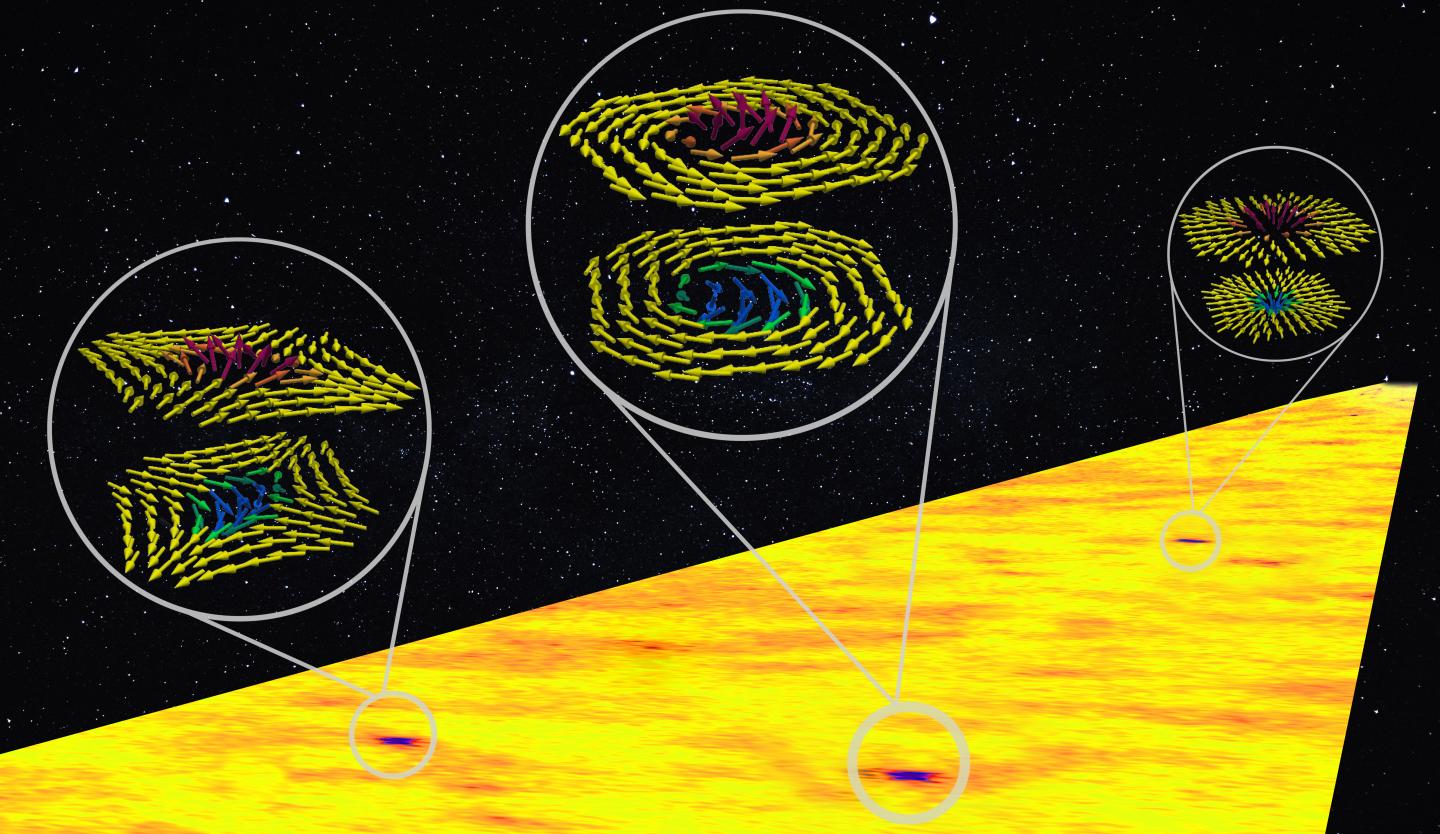 A family of anti-ferromagnetic whirls in iron-oxide that are generated after performing a magnetic transition analogous to the Big Bang cooling. Credit: R. Shetty, K. Jani, H.Jani.