EurekAlert  January 25, 2021
A team of researchers in the US (University of Southern California, Columbia University, UC Riverside, USGS) developed a prototype Rate-State earthquake simulator (RSQSim) that simulates hundreds of thousands of years of seismic history in California. When this is coupled with CyberShake, the framework can calculate the amount of shaking that would occur for each quake. It can simulate up to 100,000s of years on a complicated fault system. RSQSim transforms mathematical representations of the geophysical forces at play in earthquakes into algorithms, and then solves them on some of the most powerful supercomputers on the planet. Using the technique, they simulated over 800,000 virtual years how stresses form and dissipate as tectonic forces act on the Earth. The framework generated a catalogue of earthquakes. The researchers found that the RSQSim framework produces rich, variable earthquakes overall and generates repeatable source and path effects…read more. TECHNICAL ARTICLE 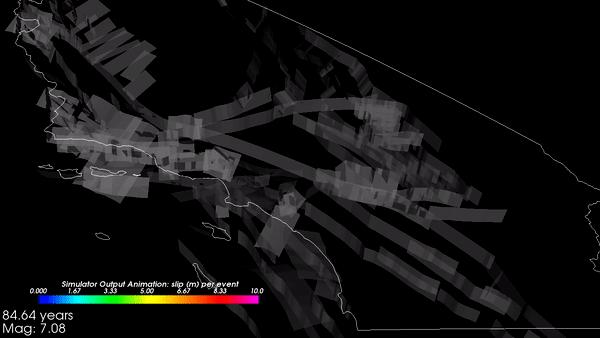