Phys.org  February 19, 2020
The process of crystallization is random due to many factors that come into play as chemicals in a liquid solution evolve from a disordered state to one that is very organized. Researchers in the UK created a crystallization array and attached a reagent dispenser put different chemicals into the cups. A camera took a picture of each of the cups as crystal formation began. Each of the pictures was converted to a zero or a one based on nothing but the geography of the crystal. The zeros and ones were then strung together to form a random number. To test their system, they encrypted the word “crystal” and used a common encryption cracking system to crack it. They found that the cracking system had more difficulty deciphering their word when it was encrypted by their crystal random generator than with conventional pseudo random number generators…read more. Open access TECHNICAL ARTICLE 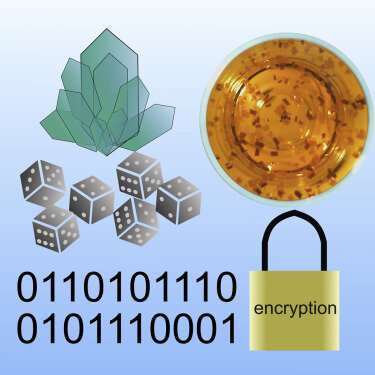