Phys.org  January 10, 2020
Microwave trapped-ion quantum logic gates avoid spontaneous emission as a fundamental source of decoherence. However, microwave two-qubit gates are still slower than laser-induced gates and hence more sensitive to fluctuations and noise of the motional mode frequency. In order to reduce error rates even further and provide reliable operations much faster researchers in Germany have developed a method where ions are trapped under vacuum by using electric fields above a chip structure. Qubit operations are implemented by sending microwave signals through special conductor loops embedded in the chip structure. Using microwave fields has the advantage that they are both relatively easy to control and it is a highly mature technology. After demonstrating that basic operations with low error rates are feasible, they are working to achieve less than one error in every ten thousand operations, which is when scaling to many qubits becomes efficient…read more. TECHNICAL ARTICLE 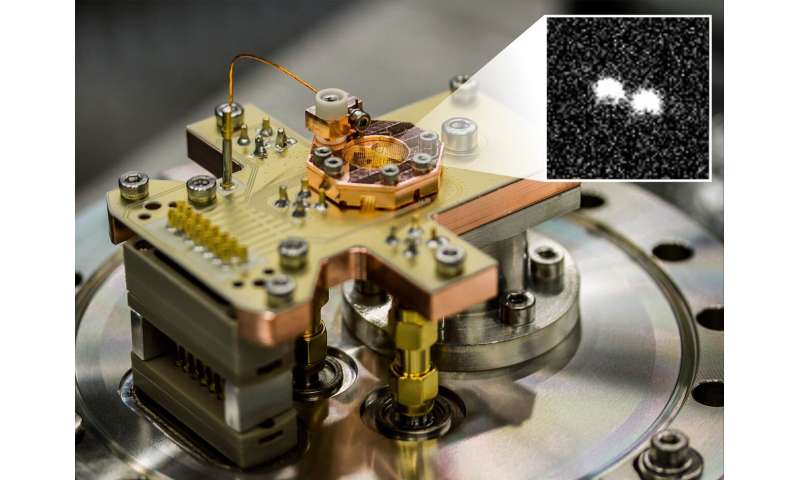 Interior of the apparatus in which the ions are trapped. The close-up shows an image of two single 9Be+ ions used for the quantum logic gates. Credit: T. Dubielzig, H. Hahn (LUH/PTB)