Phys.org  August 20, 2019
Researchers in the Netherlands have developed a link layer protocol they identified for use in fundamental and technological design considerations of quantum network hardware. They illustrated it by considering the state-of-the-art quantum processor platform, Nitrogen-Vacancy (NV) centers in diamond. They examined the robustness and performance of the protocol. They implemented the protocol and successfully validated the physical simulation model against data gathered from the NV hardware. The protocol is robust. They studied the performance of the protocols for 169 distinct simulation scenarios and initiated the study of quantum network scheduling strategies to optimize protocol performance for different use cases. The research brings us a step closer to quantum internet delivering applications that are impossible to achieve via classical internet…read more. Open Access TECHNICAL ARTICLE 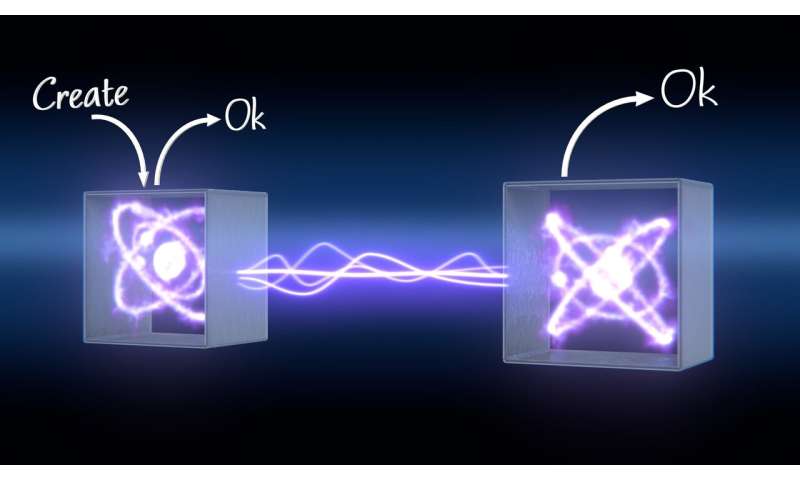 Using the link layer protocol, higher-layer software can request the creation of entanglement without needing to know which quantum hardware system is in the box. Credit: QuTech/Scixel