Phys.org  February 18, 2019
Excitons form when intense light shines on solids, kicking negatively charged electrons out of their spots and leaving behind positively charged holes. A team of researchers in the US (Rutgers University, University of Florida, North Carolina State University) has discovered chiral surface exciton on the surface of bismuth selenide. Chiral exiton consists of particles and anti-particles bound together and swirling around each other on the surface of solids. The electrons and holes resemble rapidly spinning tops. The electrons eventually “spiral” towards the holes, annihilating each other in less than a trillionth of a second while emitting photoluminescence. This finding has applications for devices such as solar cells, lasers and electronic displays…read more. TECHNICAL ARTICLE 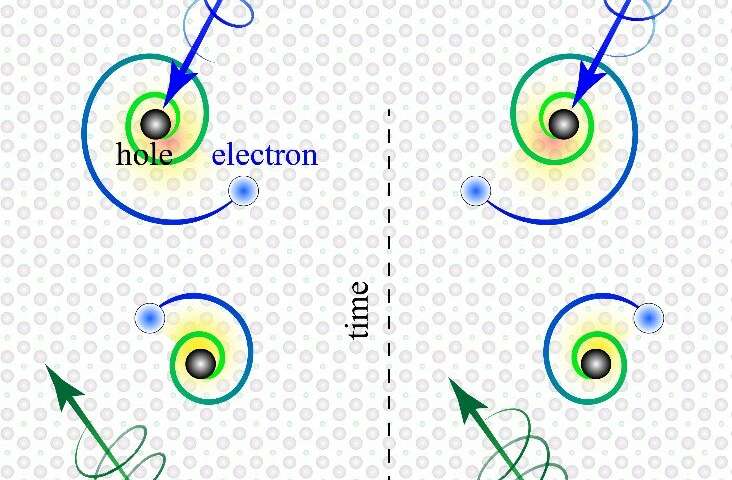 The two types of ‘chiral surface excitons’ are on the right and left side of the image. Credit: Hsiang-Hsi (Sean) Kung/Rutgers University-New Brunswick